Contrary to reports about a clash involving a Pro- Biafra group, Crime in Focus can reveal that it was members of the Indigenous People of Biafra, IPOB and not the Movement for the Actaulization of Biafra, MASSOB involed in the clash with the police in Owerri, Imo state.

A member of the group who choose not to be mentioned, revealed that they had agreed to converge under the flyover, awaiting the corpse of one their members from Enugu enroute Owerri to Mbaise.

The clash it was gathered, started when some thugs from the Environmental Transformation Commission harassed them, demanding money for assumed wrong parking.

The source revealed that, an altercation ensued when they stood their ground and refused to pay anything.

According to him, the ENTRACO boys were said to have left and returned with some policemen from Orji police station, who tried to help resolve the issue amicably, not knowing that there was an arrangement made, for more police reinforcements of three loaded Hilux vans full of SARS operatives.

Things took a swift turn when one of their members was arrested. On request for the release of their member, the Special Anti Robbery Squad, SARS pumped bullets into them, leaving four badly injured.

Meanwhile the arrested member who is alleged to be from Ikeduru is still in police custody while they have taken their injured members to their private clinic where they are undergoing treatment.

The army said to have come later when the matter had died down.

However, the police spokesman who had earlier confirmed the clash in a release said, the group alleged to be members of MASSOB numbering 100 attacked a team of policemen attached to Orji Division.

They were accused to have also tried to disposses the policemen of their service rifle, inflicting machete wounds on them.

He said, “On 23rd July, 2020 at about 2015hrs, a group of persons claiming to be members of MASSOB in an attempt to snatch rifle, attacked some policemen on duty around New Owerri area and inflicted machete injuries on two of the policemen.”

Also, today being 24th July, 2020, a group of persons numbering about One Hundred (100) claiming to be members of the Movement for the Actualisation of Biafra also attacked a team of policemen attached to Orji Division along Owerri/Okigwe Road by the Orji Flyover”.

” The hoodlums while trying to dispossesses the policemen of their service rifles also inflicted machete wounds on the policemen.”

” However, the attack was successfully repelled with arrests made, while some others ran away with various degree of injuries. 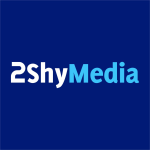 Pastor Fola Akinrinade – Smoking Is Not A Sin